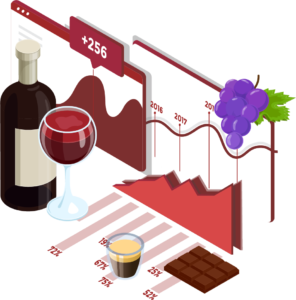 Scientific coordinators of the project: Eugenio Brentari and Luigi Odello

BDsensory is a project developed by the Big&Open Data Innovation Laboratory (BODaI-Lab) of the University of Brescia and the International Academy of Sensory Analysis (IASA), Italy.

Description of the Project       Our partners

Description of the project

Sensory analysis has always been accompanied by important statistical support. At the beginning it was only a few data to consider, but in the last twenty years the amount of data that can be used for statistical analysis has gradually increased so as to allow the use of increasingly advanced and sophisticated tools.
This is reflected by the scientific production on this theme and also by the publication of collections of statistical analyses applied to data from a wide range of sensory analysis, food and drink mainly, but also fashion, exhibitions, museums, …. This research project is designed to set up a unique collaboration of experts interested in sensory analysis both from a scientific and a practical point of view. The goal is to create a network able to facilitate contacts and joint research initiatives.
Specifically, the project’s members organise events, promote publications, share ideas and data in order to publish scientific and non-scientific papers, collaborate with teams of universities, research institutes, academies and companies dedicated to sensory analysis by supplying them analytics and apply for research grants.
The data scientists’ expertise covers a wide range of quantitative tools in the fields of statistical modelling, multivariate data analysis, data mining, algorithmic modelling and machine learning.

BDsensory is committed to four channels: scientific research, application, teaching and dissemination. The four channels do not develop independently, but the specific activities are integrated and put in synergy with each other. For example, methods and models developed at the level of scientific research, published in international academic journals and often presented at conferences, are then implemented in practice and disseminated to non-professionals through channels different from those usual in the academic context. This integration is aimed at improving the contact between the different worlds interested in the theme of Sensory Analysis. Particular attention is paid to young people who may find new opportunities for work placement in this area.

Publication of articles in international scientific journals; organization of workshops, seminars, conference sessions; guest editing of special issues of magazines dedicated to the theme of Sensory Analysis; participation in scientific committees of journals; preparation and sharing of specific databases and software.

Collaboration with professionals in the Sensory Alnalysis sector, in order to identify the lines of research; user-friendly software implementation; use of models on real data.

Preparation of educational projects for schools and universities; supervision of bachelor, masters and PhD theses; tutoring internships at companies.

Participation in events for the public; articles in newspapers and magazines aimed at dissemination.

BDsensory is a project developed by the Big&Open Data Innovation Laboratory (BODaI-Lab) of the University of Brescia.

Bodai (ぼだい) is the Japanese version of the Sanskrit bodhi (बोधि). It is the state of the completely enlightened mind, i.e. the knowledge or wisdom, or awakened intellect, of a Buddha.

The verbal root budh- means to awaken. This term, although mostly used the context of Buddhism, is also present in other Eastern philosophies and traditions. It has been popularised in the Western world with the word enlightenment, having the connotation of a sudden insight into a transcendental truth or reality

In our Laboratory, wisdom, knowledge of Nature and enlightenment are achieved through data analysis and machine learning algorithms.

The symbol used for the “O” of BODaI (as well as for the “O”s in the BODaI’s projects logos) is the sacred symbol in Zen Buddhism called enso, literally meaning circle. It symbolizes absolute enlightenment, strength, elegance, the beginning and end of all things, the circle of life and the connectedness of existence. In two words, Universe and Nature. At the same time, through the impossibility of creating the perfect circle freehand, it contains the lesson of the limits of the human mind and the acceptance of imperfection as perfect.

Some authors consider enso as a precursor of the mathematical symbol of infinity.