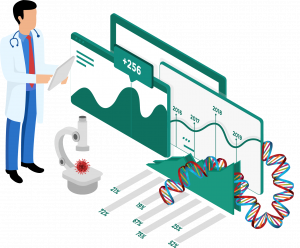 BDbiomed is a project developed by the Big&Open Data Innovation Laboratory (BODaI-Lab) of the University of Brescia, Italy.

Description of the Project       Our partners

BDsports is a project developed by the Big&Open Data Innovation Laboratory (BODaI-Lab) of the University of Brescia.

Bodai (ぼだい) is the Japanese version of the Sanskrit bodhi (बोधि). It is the state of the completely enlightened mind, i.e. the knowledge or wisdom, or awakened intellect, of a Buddha.

The verbal root budh- means to awaken. This term, although mostly used the context of Buddhism, is also present in other Eastern philosophies and traditions. It has been popularised in the Western world with the word enlightenment, having the connotation of a sudden insight into a transcendental truth or reality

In our Laboratory, wisdom, knowledge of Nature and enlightenment are achieved through data analysis and machine learning algorithms.

The symbol used for the “O” of BODaI (as well as for the “O”s in the BODaI’s projects logos) is the sacred symbol in Zen Buddhism called enso, literally meaning circle. It symbolizes absolute enlightenment, strength, elegance, the beginning and end of all things, the circle of life and the connectedness of existence. In two words, Universe and Nature. At the same time, through the impossibility of creating the perfect circle freehand, it contains the lesson of the limits of the human mind and the acceptance of imperfection as perfect.

Some authors consider enso as a precursor of the mathematical symbol of infinity.